Notes: if you get an error about libtool version mismatch run “autoreconf –force –install” before configure (http://stackoverflow.com/questions/3096989/libtool-version-mismatch-error) 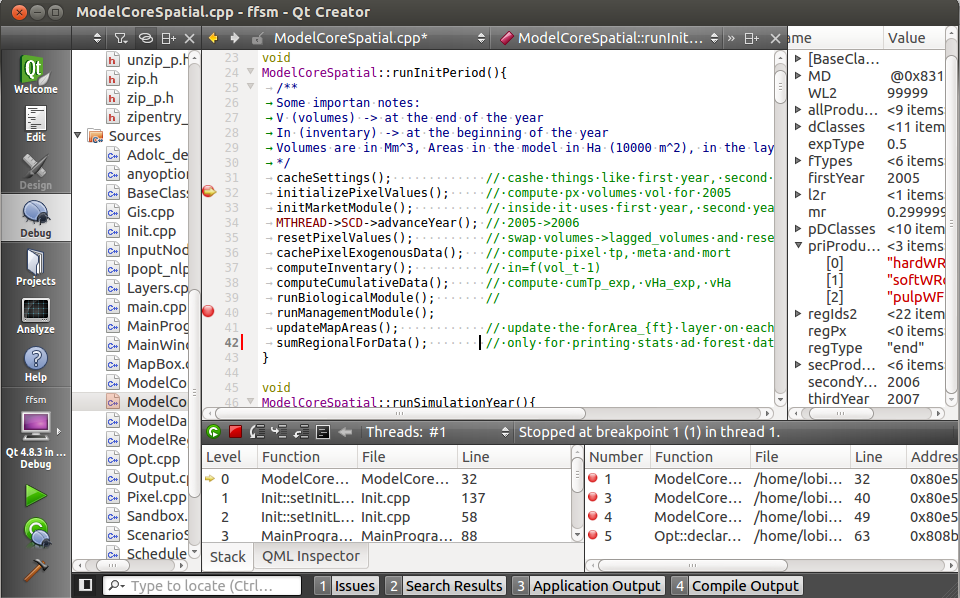 A guide to Qt Creator is out of this paper scope, as abundant documentation can be retrieved from either official and unofficial sources. Hence, we describe here just the very basic operations required to modify and compile the code.
To start the IDE click on the file ffsm.pro. The first time Qt Creator will ask the version of Qt to be used for the project, where the default choices can be accepted.
The icons on the bottom of the left panel allow to perform the main actions at the project level: to compile it (hammer icon), debug it (bug icon) and run it (play icon).